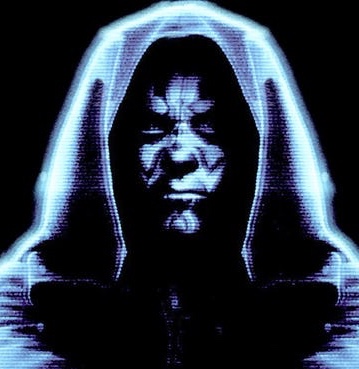 So, it’s basically a straight to dvd type ordeal? Gotcha. Knew this was going to be shit the moment I read “female engine.” 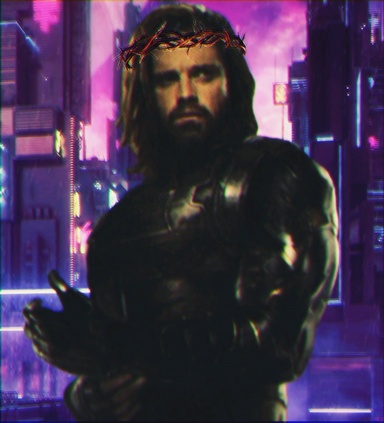 The only positive that could even come out of this is a predator design cool enough to merit a figure, but given the last few iterations I expect it to look like shit

I just hope they realize that, given the setting, this predator should look more tribal than all the others. I'd love to have a figure of one with a big skull for shoulder armor and maybe a more primitive looking spear, and ffs bring the smart disc back it's more classy than the stupid shuriken

Fugitive was interesting, when his ballgag mouthpiece wasn’t glaring at the screen. His wrist blades/gauntlets were also total ass. And that midriff section was a joke. 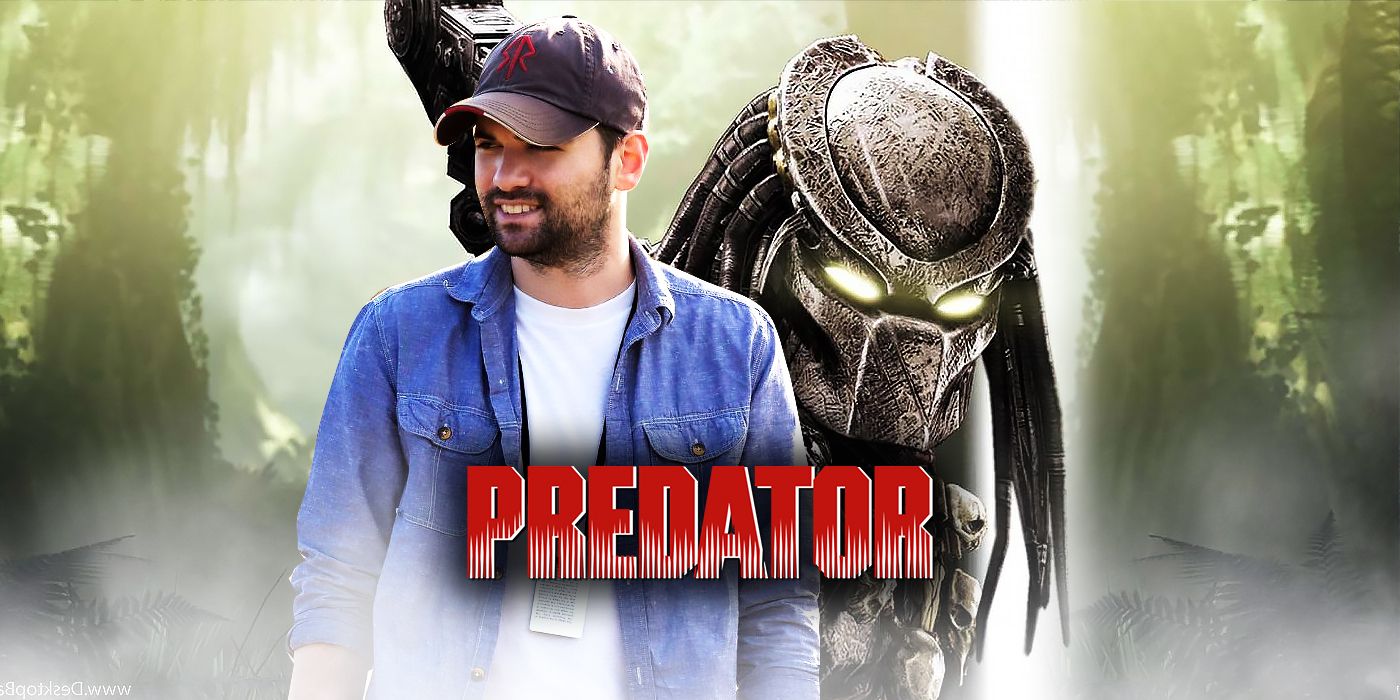 The producers of Dan Trachtenberg's new Predator movie have revealed the film's title, plot details, and timeline in the franchise.

The film will boast a female hero, "which I always think is interesting," said Davis, who revealed what Skull has in common with the first film starring Arnold Schwarzenegger.

"It goes back to what made the original Predator movie work. It's the ingenuity of a human being who won't give up, who's able to observe and interpret, basically being able to beat a stronger, more powerful, well-armed force," he explained.

"It actually has more akin to The Revenant than it does any film in the Predator canon. You'll know what I mean once you see it," promised Fox, though Davis declined to reveal the specific time period. "You can use your imagination. It is... early."
Click to expand...

Still pestering people about how important it is that the main character has a vagina, yes vaginas are nice but come on... that's now what makes a character important, or compelling or likeable etc

They don't understand that having a female lead in a predator movie is a massive mistake. And the irony is that the journey the predators take is reminiscent of the stories of young Native American men who went out into the wild, alone, to face danger. To see how strong they are, because you don't know how strong you really are until you have no choice but to be strong. And they knew this, that's why they wanted to face danger. What the predators do is the exact same thing taken to the extreme, going out into the unknown of the galaxy to fight the strongest creatures they can find to become stronger, to become better and go back home with trophies and stories to tell their children. It's a fundamentally masculine journey, wahmen have no business with this sort of thing, not at all.

Davis was wise enough to acknowledge how perfect the original Predator movie is, as he even said "it's going to be, I believe, the second best -- or the first... or it may be equal to the first one. Right? I feel like the first one was a wonderful, interesting movie and I know what worked about it. I feel like we kind of never got back there again. We ended up in different places. I think this is a worthy complement to the first one. It's going to be as good."
Click to expand...

His head went so far up his own ass that is pretty much gonna come out of his mouth by now. What the hell is this guy smoking, we barely know anything about the movie and it already is abundantly clear that it won't be as good as the first, the second or even the third movie. It might even be worse than The Predator

I gotta say that's haplessly wrong, Predator 2 is great. The only real reason why it didn't do so well is that Arnie wasn't there, you see he is an Alpha and because he is an Alpha most people are too ready to suck his dick because he is an icon, if the movie remained the exact same but Arnold was there it would have been more financially successful than the first

Predator 2 has some issues. For one, the maskless City Hunter looks like dogshit in a few scenes. It’s almost comical, at times. The setting and the tension and the overall story of the first film is just too hard to match.

I do think it doesn't look as good in the unnecessary close up scenes. That was a stand alone animatronic and it's noticeable, but it definitely doesn't look like dogshit, not even remotely. The only predators that looks like dogshit without any shadow of a doubt are literally all the other ones from the subsequent movies

And I don't really ever compare Predator 2 with the first one, it feels almost out of place as comparing Alien with Aliens. A great movie cannot compare to a masterpiece

I feel like you can compare the films, but there’s going to be that crowd that thinks Predator 1 is best. It’s usually the same crowd that thinks Alien 1 is better than Aliens. Terminator seems to be the outlier.

Maybe I wasn't clear, I don't think you can compare them because they aren't equal in quality, it's like comparing a high school football player with Tom Brady, perhaps that's a bit exaggerated... but you get it

I found a surprising amount of people that prefer the second because of the lore expansion, as much as I like it I think the first is way better but both have their own, separate, strong cult following

I like both films, but I almost never rewatch Predator 2. More than the AvP films though. Alien 1-3 is fairly entertaining. Terminator 2 is better than the original. I just don’t like it as much.

Hot on the heels of today’s exciting announcement that the upcoming Predator movie, formerly known as “Skulls”, will be officially titled “Prey” and released in the Summer of 2022, now a new promotional picture and logo has been released by 20th Century Studios for the Dan Trachtenberg directed film!

Featuring lead actress Amber Midthunder as “Naru” in her Comanche Nation garb, she appears to be stalking prey, armed with a bow and arrow. But looming in the fog behind her, an ominous Predator can be seen in the wilderness.
Click to expand... 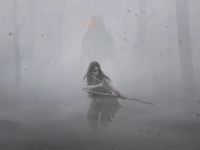 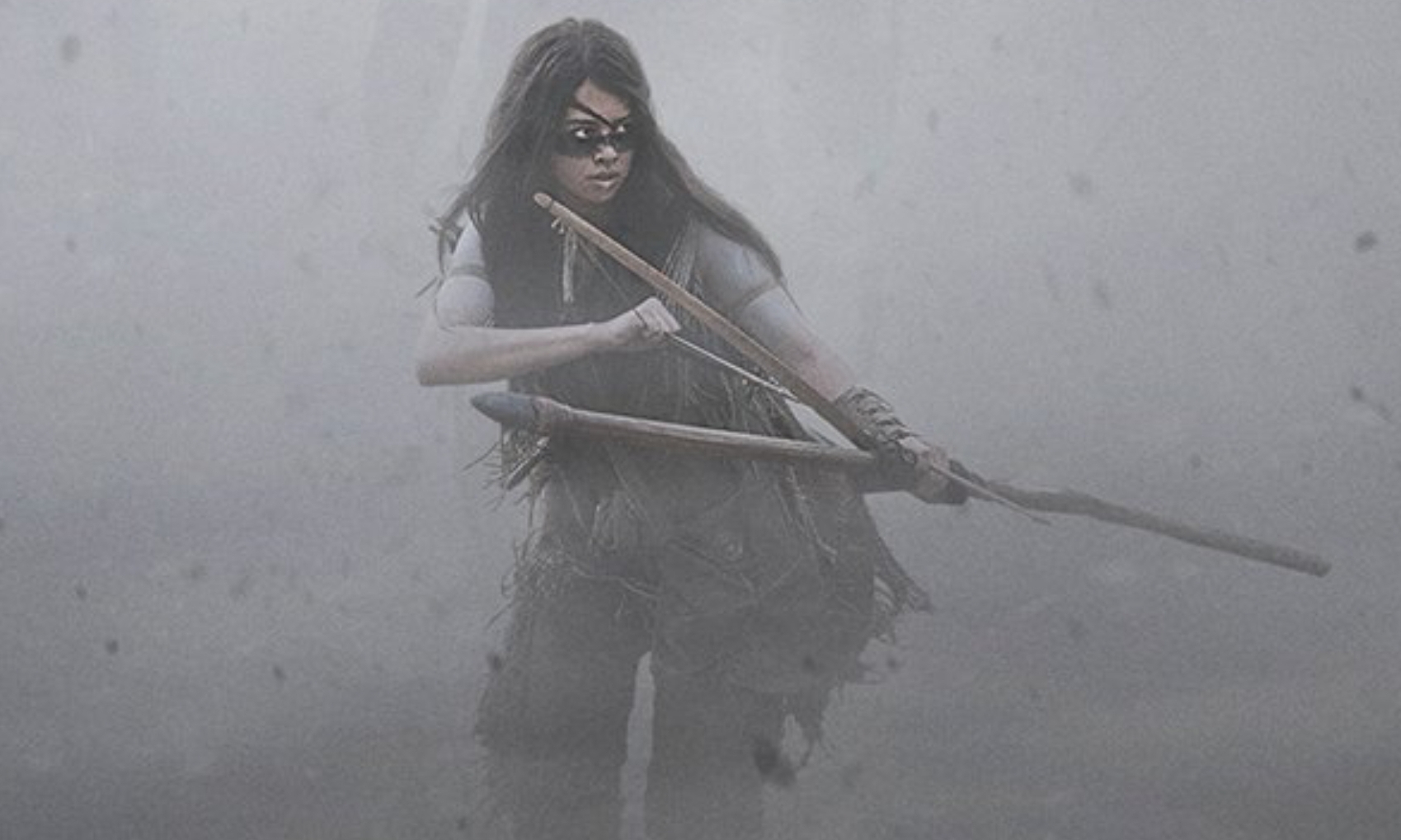 Hot on the heels of today’s exciting announcement that the upcoming Predator movie, formerly known as “Skulls”, will be officially titled “Prey” and released in the Summer of 2022, now a new promotional picture and […] 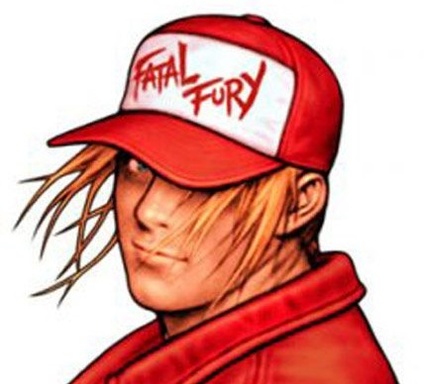 I cannot fathom how bad this series has gotten. It's surpassed Terminator.

So, it’s got the exact same tech as always. Am I to be expected to believe that a tribal female warrior, with no real experience in anything except fighting with hatchets and bows, is going to kill a well-equipped Predator? Yeah, no. Just no. 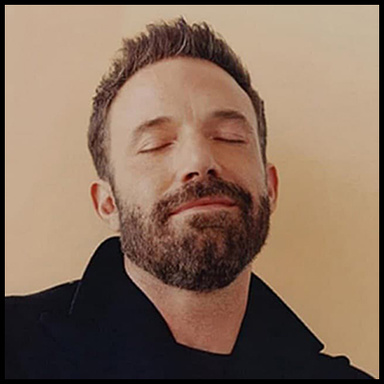 Jotaro Something said:
lead actress in her Comanche Nation garb...
Click to expand...

I didn't even read it yesterday, did they actually call a tribe a nation? the more you consume media the more you realize you just can't blame people for being so illiterate, in a post literate society people learn through video, and movies love to rewrite history to fit their agendas

I remember saying once to Arthur Koestler, ‘History stopped in 1936’, at which he nodded in immediate understanding. We were both thinking of totalitarianism in general, but more particularly of the Spanish civil war. Early in life I have noticed that no event is ever correctly reported in a newspaper, but in Spain, for the first time, I saw newspaper reports which did not bear any relation to the facts, not even the relationship which is implied in an ordinary lie. I saw great battles reported where there had been no fighting, and complete silence where hundreds of men had been killed. I saw troops who had fought bravely denounced as cowards and traitors, and others who had never seen a shot fired hailed as the heroes of imaginary victories; and I saw newspapers in London retailing these lies and eager intellectuals building emotional superstructures over events that had never happened. I saw, in fact, history being written not in terms of what happened but of what ought to have happened according to various ‘party lines’.
Click to expand...

And yeah this is looking up to be absolute trash, it is legitimately disappointing to see people saying "woke this" and "woke that" completely misunderstand the issue, it's not that some projects might be woke and others might not, corporate cancer doesn't work that way, if the company making the movie is infected with social justice then all of their projects will be infected with it too, it's not hard to understand. Lukewarm idiots like Mr H keep missing the point and misunderstanding the issue just to remain in the comfortable place the think of as "center", weak

History is written by the victor. Funny how that works though. Factions within our own society have slowly overtaken positions of power and the narrative of various outlets and have begun altering facts with emotionally driven rationale and socially bankrupt talking points.

No one has a problem with strong female leads in film. What everyone has a problem with is trying to alter history under the guise of “fiction.” And let’s face it—it happens. People will watch the film and believe that native women, of the time, were actually tribal warriors—that the film portrays them accurately. Whether it’s mostly young people buying into those kinds of notions, or just idiots, is beside the point.

Darth Maul said:
People will watch the film and believe that native women, of the time, were actually tribal warriors—that the film portrays them accurately. Whether it’s mostly young people buying into those kinds of notions, or just idiots, is beside the point.
Click to expand...

A lot of the opinions you have are formed through the fiction you read and the fiction you see, a lot of the opinions you have a formed without you even noticing. That is why the cultural war is so damn important and why the cuckservatives who slept while the left poisoned everything are just as guilty, and I don't even wanna get started on the music industry... literal mind control shit

They surely won't show the rape and torture that the disgusting savages known as Comanche committed, I'll just say they deserved the ass beating they got, maybe they weren't destroyed hard enough

Fucking ew. I'm so tired of women in these unrealistic roles.